Northrop Grumman’s Park Air radios are used in air traffic control towers around the world, to communicate with aircraft and keep the skies around our airports safe. The T6 is one of the company’s flagship radios, and as such, it’s the subject of constant scrutiny and development.

Cambridge Consultants were tasked with improving the T6, to make it even more effective, as well as smaller, lighter and more energy ­efficient. Several equations, foam and origami models later, the T6 managed to crush and cement its place as one of the world’s best air traffic control radios.

Cambridge Consultants have long been partnered with Northrop and are no strangers to the group’s monumental challenges. The hard part, so to speak, with developing the T6, was that there was nothing wrong with the current design, or its performance. But, as any leader or lover of technology knows, contentment is almost as bad as regression.

Taking the then­current T6 radio, which was already servicing local airports and civil flights, as well as large international and military operations, Cambridge Consultants were tasked with reducing the size of the unit, making it more environmentally ­friendly, and improving its performance. 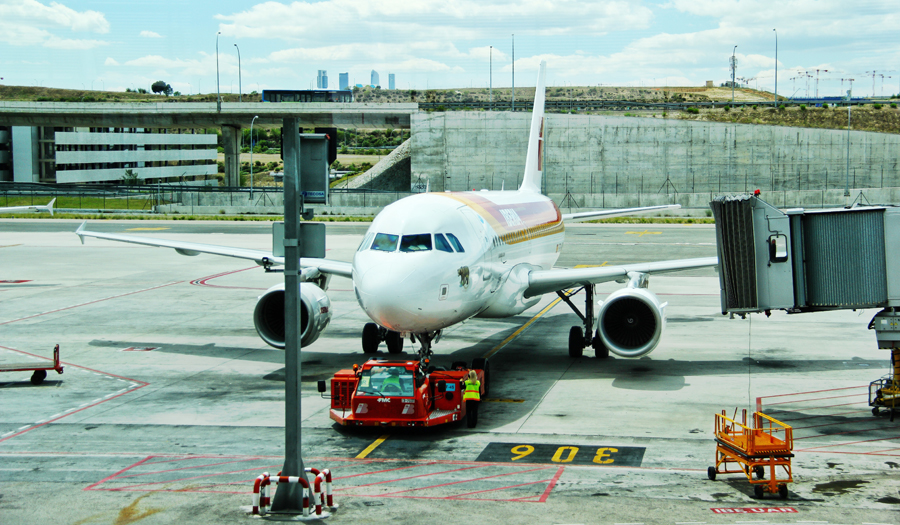 How did Cambridge Consultants improve the T6?

First of all, consider this ­ the T6 can perform at temperatures between ­22 and +55 ̊C, which means it’s good to go in the harshest conditions.

The next challenge, improving performance and power whilst reducing the size, meant taking a look at the space inside the radio’s case. For over 50 years, Cambridge Consultants have been inventing and reinventing some of the most complex and high­performing technology in the world, and alongside some world­leading processes and technology of its own, the team has some more modest approaches to problem­ solving.

During the redesign of the T6, Cambridge Consultants and the team from Northrop Grumman, cut blocks of foam and folded origami models of each component, to test their suitability inside the radio’s case.

The was a radio which not only performs better than the old T6, and which is smaller, lighter and more efficient, but which comes with some additional features that make this model of T6 a testament to the creativity and foresight of Cambridge Consultants, and the innovation coming out of the city.

The new T6 comes with its own form of intelligence, in that it constantly monitors its own health, placing itself into a low power consumption mode if it finds something is wrong. The radio will then alert its keeper of the so that it can be fixed before it fails completely.

With its own and a rich history of aviation, the Park Air T6 radio is another example of Cambridge’s mastery of even the most demanding technologic briefs.

Back to the top