The Cambridge Phenomenon — an explosion of globally significant companies and innovations across bioscience, medicine and technology over the past 50 years. 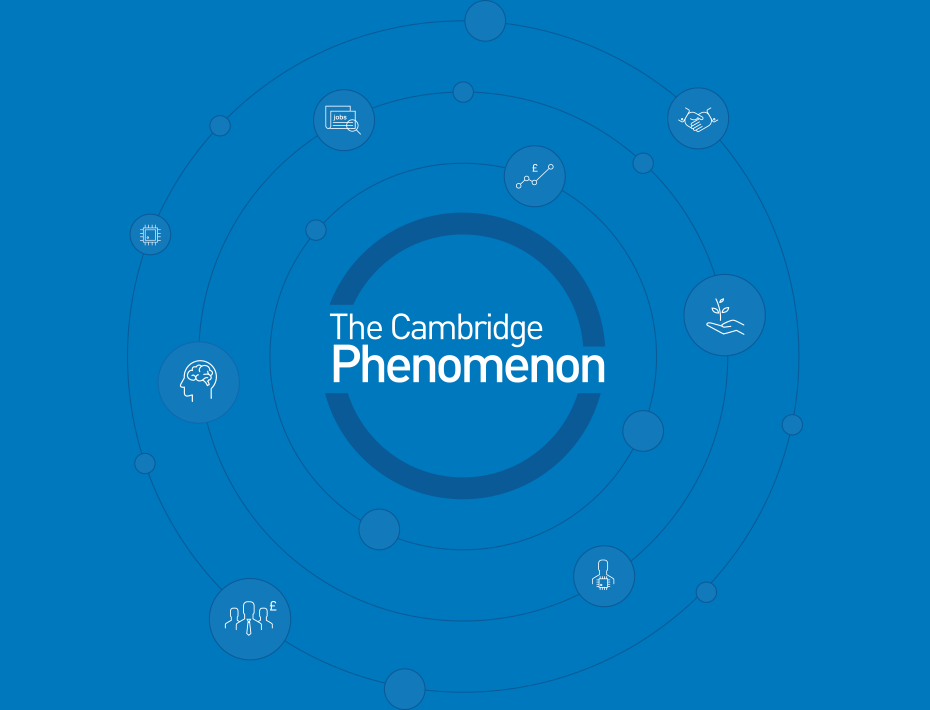 The Cambridge Phenomenon, a term first coined by Peta Levi in a Financial Times article in November 1980, describes the incredible explosion of technology, life sciences and service companies that has occurred in the city since 1960.

Set against the backdrop of the University of Cambridge the cluster has evolved into one of the world's most enterprising networks of people and companies. For many years, the Cambridge Phenomenon has been the subject of business, economic, political and academic interest for those directly or indirectly involved in its companies. Our goal is to promote that interest and try to answer some of the questions that arise from the debate.

There are now around 1,000 technology and biotechnology companies in the cluster, 1,400 when providers of services and support organizations are included. More than 40,000 people have come to or stayed in the Cambridge region to work in these companies and this number doubles when their families are included. The economic, social and environmental impact of these companies and the people they attract are evident everywhere.

Following the Mott Report in 1970, Trinity College took the decision to create what became the Cambridge Science Park. The St. John's Innovation Centre followed in 1988 to provide accommodation for fledgling entrepreneurial companies. Initiative such as these prompted a new era of collaboration between academia and the private sector that continues to influence the growth and prosperity of the Cambridge Phenomenon. 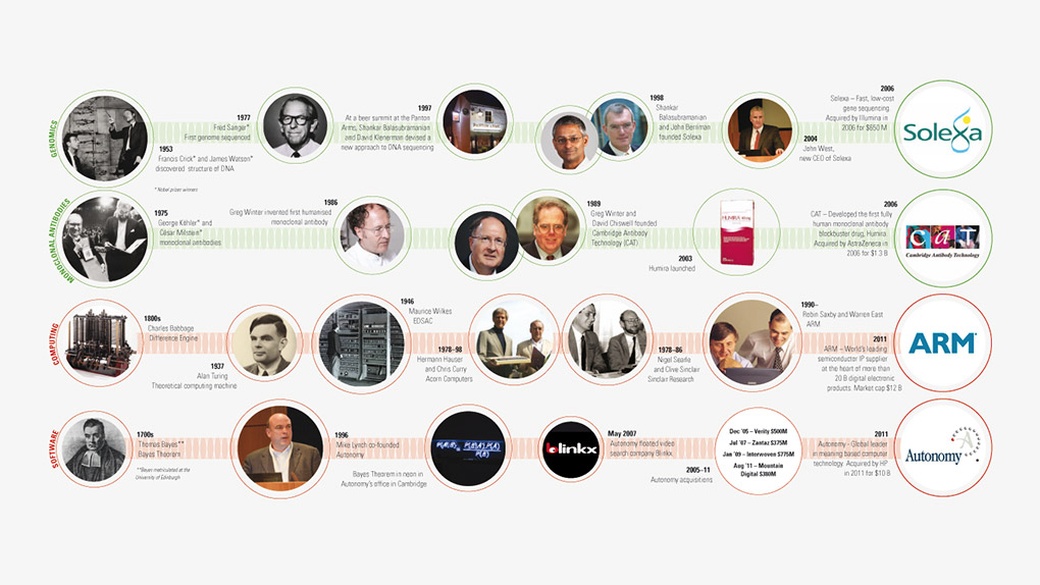 How did it start?

Arguably, entrepreneurial behaviour has been part of the Cambridge scene for eight hundred years, since the first monks undertook the trek from Oxford to establish what became the colleges and University of Cambridge. Other early examples include the founding of Cambridge University Press in 1534, the Cambridge Scientific Instrument Company, established by Charles Darwin's son Horace in 1881, Pye in 1896 and Marshall's in 1909.

But none of these prepared the region for the emergence in the past fifty years of today's vibrant community of entrepreneurial companies. Founded in 1960 by two Cambridge graduates – Tim Eiloart and David Southward – to "put the brains of Cambridge University at disposal of the problems of British industry", Cambridge Consultants was the catalyst for what is indisputably the UK's if not Europe's leading technology cluster.

The Future of the Cambridge Phenomenon

The human race faces a number of global issues - Climate Change, Education, Energy, Food, Health, Security and Water. None of these can be solved by any one science or for that matter science alone. Solutions will need to be cross-disciplinary and multi-disciplinary, embracing science, technology, engineering, economics, politics, industry and commerce.

Within the context of Cambridge, combining leading science and technology from within the University with the experience of local entrepreneurs and those attracted from around the world to be part of the Cambridge Phenomenon, provides the opportunity for expansion of existing companies and the founding of new enterprises to address these global issues.

In the 50 years of the Cambridge Phenomenon, there have been many examples of spin-outs and company start-ups which directly and indirectly leveraged science, technology and people from the University and combined them with the experience and business acumen of entrepreneurs to create successful companies. There has never been a greater need or opportunity for intensification of this over the coming decades.

Get involved in the Cambridge Phenomenon